SIX STEPS HOW TO SUCCEED OUR LIFE

BASED ON OUR TADABBUR OF SURAH AL JUMU’AH

All praise is for Allah. We praise him, we seek his aid, and we ask for his forgiveness. I testify that none has the right to be worshipped except Allah, alone, who has no partner, and who is the lord of the worlds. Allah loves those who turn unto him in repentance and loves those who purify themselves and blessings and peace family and Allah’s righteous servants.

Oh friends I advise you to fear from Allah who said in Surah Al-Ahzāb [33] verse 70:

O you who have believed, fear Allah and speak words of appropriate justice.

The month of Ramadhan [is that] in which was revealed the Qur’an, a guidance for the people and clear proofs of guidance and criterion.

When you read the Qur’an, especially Surah Al-Jumu’ah, then you will find at least 6 (six) steps how to succeed your life, how to bring your life in an effective and efficient way, in blessing path. What are those 6 (six) steps as intended which we could take this lesson from all 11 verses of Surah Al-Jumu’ah?

STEP ONE: Think from The End

Islam bring the answer that our final destiny is Jannah (paradise), so then you need to have a good ending in this world.

As Allah says in verse 8 of Surah Al-Jumu’ah:

Say, “Indeed, the death from which you flee – indeed, it will meet you. Then you will be returned to the Knower of the unseen and the witnessed, and He will inform you about what you used to do.”

Just reminder, that Prophet Muhammad ﷺ already said that the average age of the people of this Ummah is around sixty to seventy. Abu Hurairah (RA) narrated that Allah’s Messenger (PBUH) said,

“The lifespan of my Ummah is from sixty to seventy (years).”

Let us present best effort to achieve this final target, in this world, and hereafter. Allah will see our process in focusing to reach the target.

STEP TWO: Decide Your Target of Each Step

The explanation: Toward your final target, good ending and Jannah, you need to realize that there must be many steps, so then you need to decide your target of each step, medium wins and of course small wins, then.

This idea could be found in verse 2-3 of Surah Al-Jumu’ah:

And [to] others of them who have not yet joined them. And He is the Exalted in Might, the Wise.

In the context or case of these verses, in term of Qur’anic education, Prophet Muhammad ﷻ, started to get people interest of Islam by reciting to them Quranic Verses. After he succeed to get people interest then the next main step is teaching them the Book and wisdom. But, in fact, he did not do that before he did purifying of those people heart, before he straightened up adab on their mind, before he teach them knowledge to get knowledge, in order to be ready to get the main knowledge from the main source of ‘ilm, Al-Qur’ān.

STEP THREE: Be Proactive To Build Your Capacity

The explanation: To get wins of each step of your target, you need to be proactive to build your capacity. Do not be passive only. In term of life in this world, Islam push Muslim People to be a rich man and scholar. By treasure, a rich man could create more virtues, and by knowledge, scholar could create more great people.

This idea could be found in verse 5 of Surah Al-Jumu’ah:

The example of those who were entrusted with the Torah and then did not take it on is like that of a donkey who carries volumes [of books]. Wretched is the example of the people who deny the signs of Allah. And Allah does not guide the wrongdoing people.

STEP FOUR: Be Careful with Any Obstacles

The explanation: When you are on your way toward the highness, you will find the wind blowing hard to drop you into previous level or even lower than your starting point. When you are your right way toward Jannah, you will find devil (syaithan) do not like that, and will try all ways to bring you back to your previous ignorance era. Sometimes, you will be tested with the doubtness based on the human thought. Sometimes, you will be examined to prioritize your life in this world rather than hereafter.

This idea could be found in verse 6 and 11 of Surah Al-Jumu’ah:

Say, “O you who are Jews, if you claim that you are allies of Allah, excluding the [other] people, then wish for death, if you should be truthful.”

But when they saw a transaction or a diversion, [O Muhammad], they rushed to it and left you standing. Say, “What is with Allah is better than diversion and than a transaction, and Allah is the best of providers.”

The  explanation: Yes, you could do your plan by yourself alone, but you need to realize that you need others to achieve your target, easier and faster. Togetherness is necessity in this world, while individually, separately, will be experienced in the Day of Calculation in hereafter. You need to create as much as possible, synergy to great people and party to crate medium wins and small wins.

This ideas could be found by tadabbur verse 9 of Surah Al-Jumu’ah:

O you who have believed, when [the adhan] is called for the prayer on the day of Jumu’ah [Friday], then proceed to the remembrance of Allah and leave trade. That is better for you, if you only knew.

The explanation: Based on above 5 (five) steps, if you have had and planned already your own life program or work program, then you just do the planning. You will immediately getting busy in doing your plan. There will be no more useless time, and meaningless. You will get fatigue in your life, and this is good. Life is fatigue, and your rest is dead. So then, please enjoy your life with remembrance, with Dzikr.

This ideas could be found by tadabbur verse 1 and 10 of Surah Al-Jumu’ah:

Whatever is in the heavens and whatever is on the earth is exalting Allah, the Sovereign, the Pure, the Exalted in Might, the Wise.

And when the prayer has been concluded, disperse within the land and seek from the bounty of Allah, and remember Allah often that you may succeed.

May Allah make it easy for us to reach our vision, our mission, our final target, our medium and small wins target. May Allah gather us in Jannah, and I pray you all die with a good ending, because you alwas position Al-Qur’an as your main reference, your guidance in your life in this world, by focusing success in Paradise (Jannah). 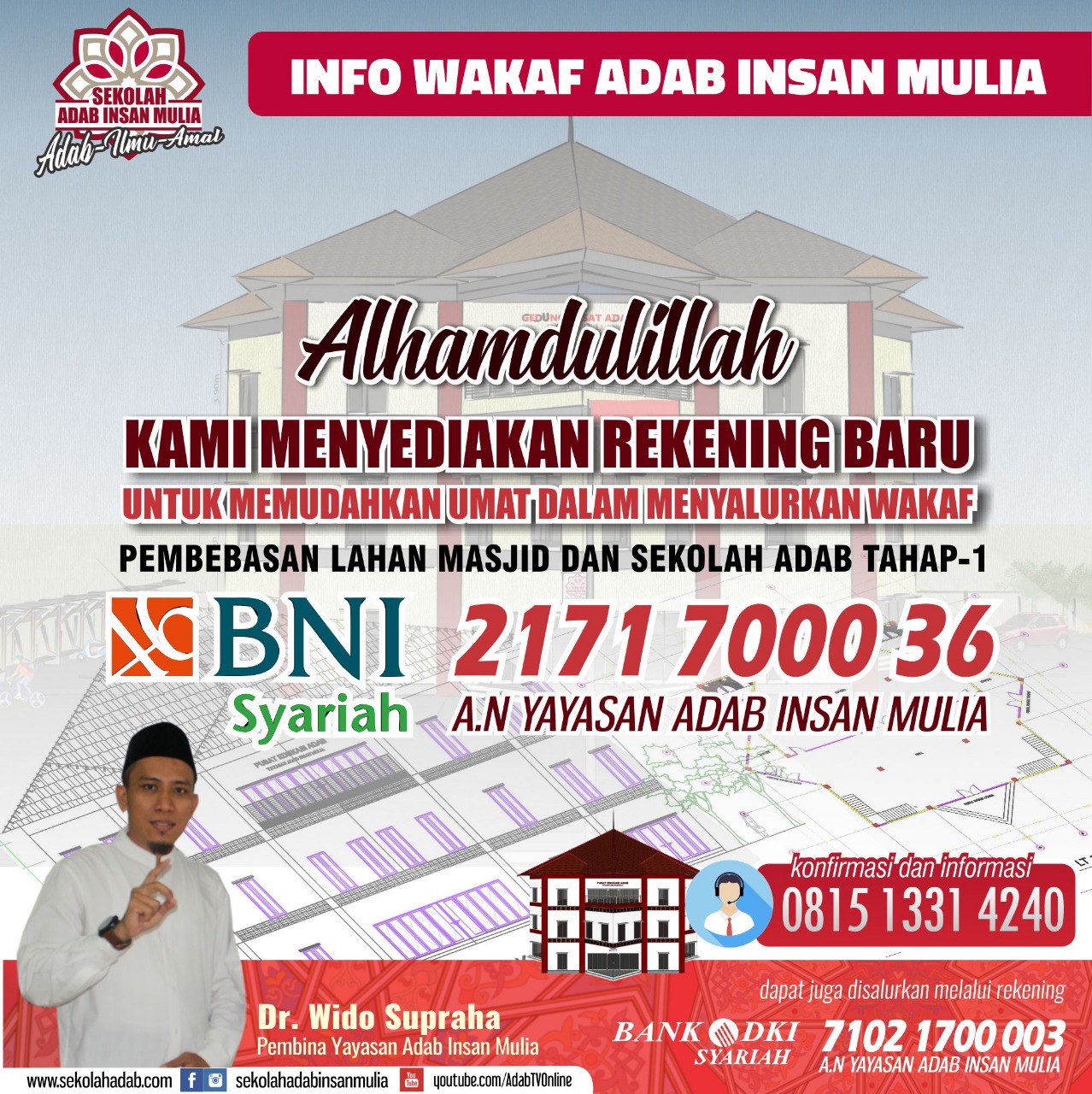